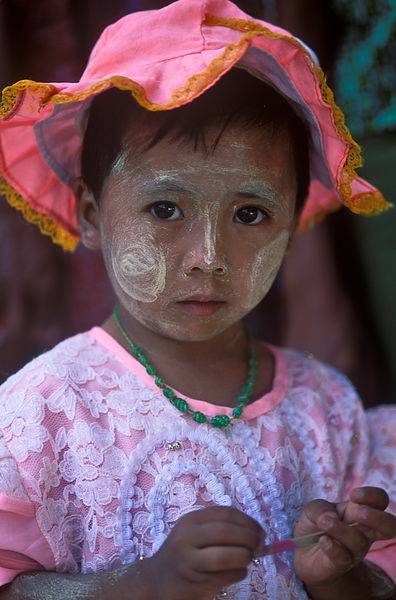 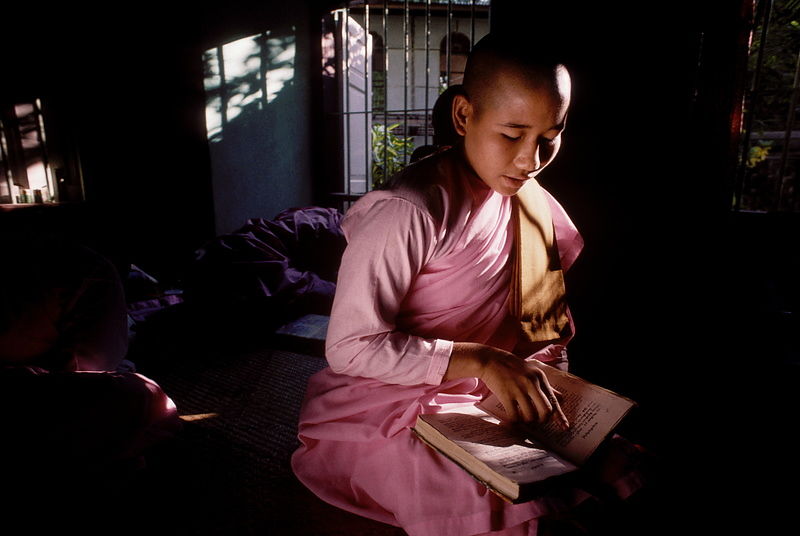 A young Burmese novice nun studies a Buddhist text in the convent of Zay Yar Theingi Gyaung at Sagaing, near Mandalay. Some miles down the Irrawaddy River from Mandalay, the Sagaing hills have long been the centre of Buddhist faith in Burma. For half a century after the fall of Pagan in 1315, Sagaing was the capital of an independent Shan kingdom until it was moved to nearby Ava. Ever since, it has been the major centre of Buddhist teaching, with more than 500 monasteries and convents scattered over its wooded slopes and valleys, the home of several thousand monks and nuns.
Sagaing, Burma
Author: Michael Freeman
©Michael Freeman
File state: Final
Photo size: 19.3 Mpixels (55.2 MB uncompressed) - 5367x3598 pixels (17.8x11.9 in / 45.4x30.5 cm at 300 ppi)
Photo keywords: Burma, Myanmar, Sagaing, Mandalay, Irrawaddy, convent, nun, novice, study, scripture, Buddha, Buddhist, religion, faith, pd 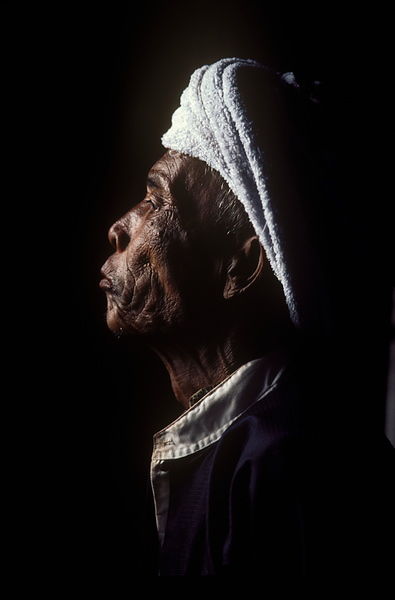