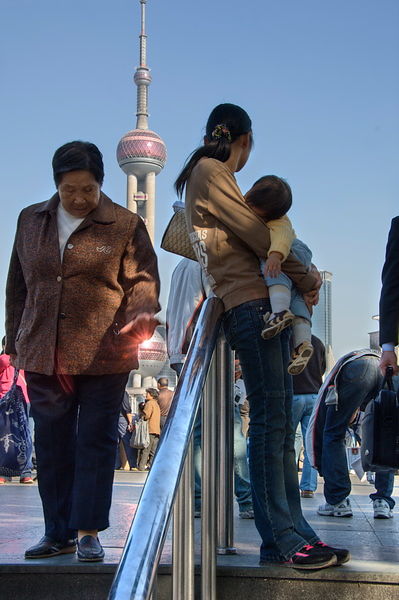 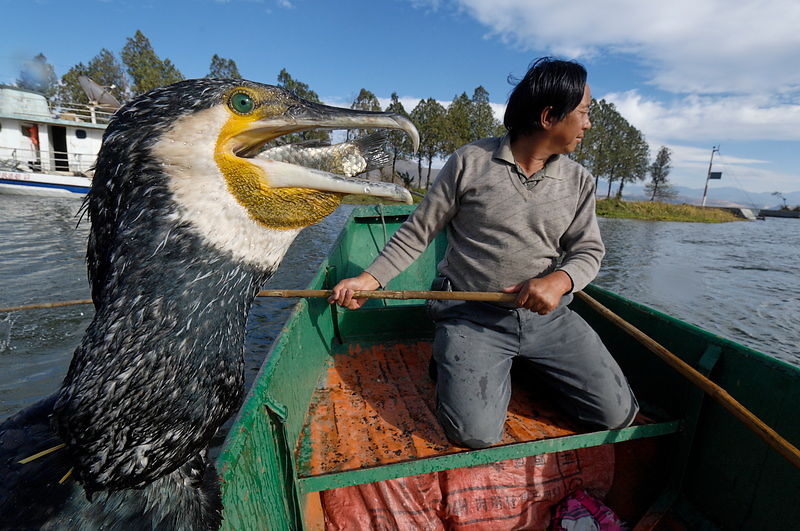 Cormorant fishing on Lake Erhai, near Dali, Yunnan, China. Unlike other locations such as Gifu in Japan and Guilin in China, where fishing takes place at night, here the cormorants catch by day, mainly carp. Their necks are tied so that they cannot swalow the fish. The fisherman, Yang Yizhu, has 30 years experience, and still makes most of his living fishing in this traditional way.

Cormorant fishing on Erhai has been practised in China for at least a thousand years, and this is the only place where Phalacrocorax carbosinensisis is fully domesticated. The birds kept motivated by being rewarded with fish after each catch — but never to the point of being satisfied. A cord is tied around it’s lower neck during fishing to prevent it swallowing the fish lodged in its esophagus, and it disgorges its catch when back on board the boat. Cormorant fishing remains part of the Bai economy around the long but shallow lake, but is in decline. The number of fishing families fell from 72 in 1985 to 27 in 1995, and continues to drop. This fisherman, Yang Yizhu, has 30 years experience, and still makes most of his living fishing in this traditional way.
Lake Erhai, Dali, Yunnan, China
Author: Michael Freeman
©Michael Freeman
File state: Final
Photo size: 12.2 Mpixels (34.9 MB uncompressed) - 4288x2848 pixels (14.2x9.4 in / 36.3x24.1 cm at 300 ppi)
Photo keywords: cormorant, fishing, fish, bird, lake, Erhai, Dali, Yunnan, China, catch, dive, ipn
Published in: SELECTION, FOOD BACKSTORY, The TEA HORSE ROAD, Cormorant Fishing, CORMORANT FISHING, SEAFOOD & FRESHWATER, Tea Horse Road, Yunnan, All about TEA, CHINA PORTFOLIO
https://d3e1m60ptf1oym.cloudfront.net/28c33d98-0912-11e0-82bd-1d1a216e60a5/18938.16_Cormorant_fishing_xlarge.jpghttp://www.michaelfreemanphoto.com/contacthttp://www.michaelfreemanphoto.com/media/28c33d98-0912-11e0-82bd-1d1a216e60a5/price 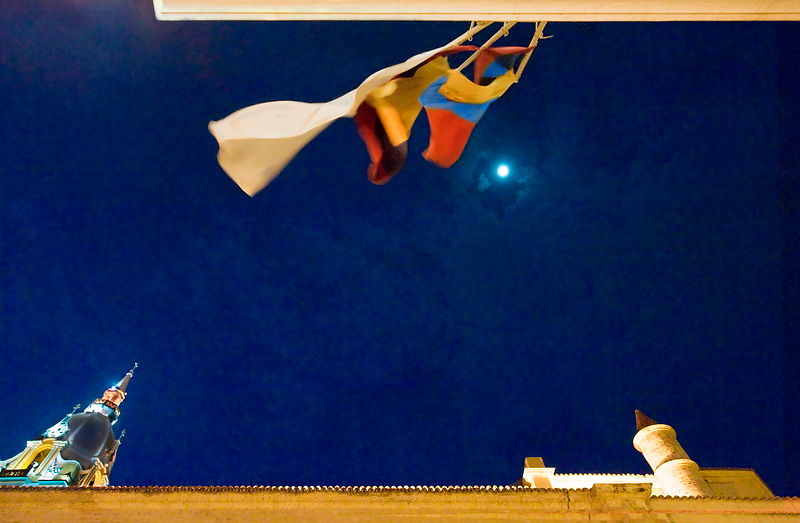